You Are Here Home Food Is Singapore set to become Asia Hub for Food Processing and Alternative Protein?

African swine flu and Covid-19, which killed millions of pigs and caused a meat protein crisis in Asia in 2018, have shown the fragility of the region’s food chain, which is responsible for the world’s greatest meat consumption.

Countries with minimal indigenous agriculture, like as Hong Kong and Singapore, which import 90% of their food, have been particularly exposed to the pandemic’s supply chain disruptions.

It might aid the area in combating the negative effects of climate change on food security, such as diminishing agricultural yields, reducing greenhouse gas emissions from animal agriculture, and addressing ethical and health concerns about meat eating.

“With one of the highest meat consumption per capita in the world, there is no time like the present to promote a plant-based diet in Hong Kong.” This inspired Green Common, a one-stop-shop where you can have a plant-based meal and then shop for plant-based products to cook or eat at home,” said David Yeung, creator of Green Monday.

With organizations like Green Monday located there, Hong Kong is clearly a strong candidate for the title of Asia’s alternative protein capital. In addition to the Green Common shops, the social enterprise manufactures OmniFoods, which are plant-based meat and fish replacements, and operates the Green Monday Foundation, which conducts educational campaigns on sustainable diets.

Here are five reasons why I think Singapore has the potential to become Asia’s – indeed the world’s – alternative Food Processing Hub.

Growing Government and Consumer Support
To lessen its dependency on food imports, Singapore established a goal of producing 30% of its nutritional requirements domestically by 2030, with S$140 million (US$ 101 million) set aside in financing to accomplish the ’30 by 30′ goal.

Investing in alternative protein, which takes significantly less area and resources than traditional cattle farming, will be critical to establishing a more sustainable and localized food ecology in the island-state, which now devotes less than 1% of its territory to agriculture.

In addition, Singapore has a reasonably wealthy population with adequate buying power to afford the higher prices frequently associated with alternative protein products, as well as increased public awareness of the health and environmental advantages of alternative protein.

According to Euromonitor statistics cited by Enterprise Singapore, retail sales of frozen meat replacements in Singapore increased by 26.7 percent between 2019 and 2020, compared to only 7.4 percent for conventional meat products.

According to a poll done by vegan food app abillion, consumer interest in plant-based pork and poultry increased seven-fold, while demand for plant-based beef quadrupled between the end of 2019 and 2020.

Singapore became the first and only nation in the world to permit the commercial sale of cultured meat—meat made from animal cells rather than murdered animals—in December 2020.

Following the regulatory approval, Eat Just introduced its GOOD Meat lab-grown chicken bits in the city-state. They are now available for delivery at Madame Fan, a Cantonese restaurant.

The food tech company, which is best known for its JUST Egg, has also team up with investment firm Proterra to setup a plant protein factory in Singapore, which will be its first production facility in Asia and a key component of its plans to expand across Asia, including China, South Korea, and Japan.

“For years to come, Singapore will be a crucial center of production for our cultured meat and plant-based egg businesses,” said Andrew Noyes, Eat Just’s Head of Global Communications.

“In addition to developing a solid environment for food innovation, Singapore has strong IP rights protection and a highly qualified talent pool, and it is positioned as a vital node in the network of larger Asia, which consumes more animal protein than any other region on the planet,” he said.

Access to a plethora of financing and accelerator programs

Product development, scale-up and distribution, market entrance, channel development, and funding are all areas where the venture capital company, which is sponsored by Temasek, can help.

According to an industry analysis by Green Queen Media, Grow gives up to $120,000 in monetary support and $80,000 in services or in-kind benefits in return for equity, while Innovate 360’s financial aid spans from $50,000 to $250,000 in addition to other types of support such as office space.

In addition, Singapore is home to Asia’s first university programme concentrating on alternative protein, with the initial cohort of students beginning their study of more sustainable sources of protein in August of this year.

Phuture Foods in Malaysia, GoodDot in India, Zhenmeat in China, Unlimeat in South Korea, and IntegriCulture in Japan, among others, are promising start-ups producing largely plant- and cell-based meat substitutes.

There is no lack of home-grown food tech innovation in Singapore, from Karana’s whole food meat alternative produced from jackfruit to Next Gen’s plant-based chicken TiNDLE. Industrial property developer has also started to build more food factory like Apex Foodwork to satisfy the demand for food processing factory.

Shiok Meats was the first company in ASEAN to manufacture farmed shellfish by extracting a sample of shrimp cells, which were then given nutrients in a lab setting to assist the stem cells proliferate and develop into seafood, much how vegetables and fruits are grown in greenhouses.

Overfishing, plastic pollution, and opaque supply chains rife with unethical working conditions comparable to slavery are among the numerous vices linked with the fishing and farmed seafood sectors. Cell-based seafood might alleviate these issues.

Shiok Meats is on track to become one of the region’s top cell-based meat and seafood tech start-ups, with ambitions to commercialize in 2022, after acquiring a 90% share in Gaia Foods, the first firm in Southeast Asia to build a cell-based red meat prototype — thin slices of beef.

TurtleTree’s cell-based milk tries to address the unsustainable nature of dairy manufacturing. Freshly pressed milk cells are removed, supplied with vitamins, and submerged in an environment that replicates that of a cow udder or a human breast, where they finally transform this lactation solution into milk.

Cultured human lactoferrin, which was previously isolated from cow milk, was recently introduced as the biotech firm’s first commercial product. Lactoferrin is an important element in baby formula and sports nutrition products because of its immunity-boosting properties, capacity to battle nasty bacteria in the stomach, and good influence on brain development.

“We don’t have to miss out on the advantages of animal-patterned proteins since cell-based technologies now allow us to duplicate them without using the whole animal,” said Fengru Lin, TurtleTree’s co-founder.

Financing the expensive research and development as well as commercialization of alternative protein products, like with many developing technologies, will be a major barrier to overcome if the sector is to expand. Alternative protein, on the other hand, is definitely here to stay, and early adopters in Singapore will surely gain a competitive advantage. 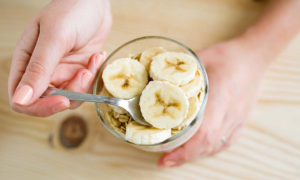 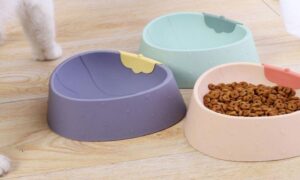 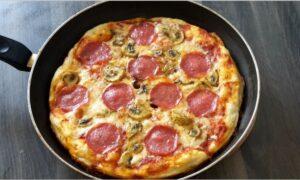 How To Make A Pizza In A Frying Pan By Yourself 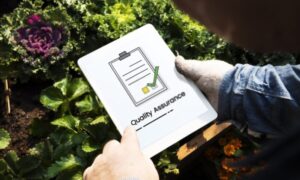 Importance of Food Quality Assurance in Paneer and Cheese Manufacturing 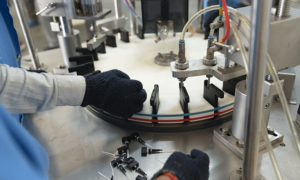 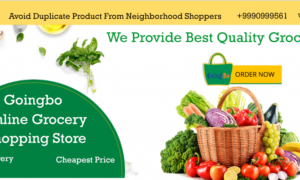 Why is online shopping is better than your grocery store shopping