A pre-wedding shoot is extremely important to differentiate your life before and after Wedding with your Soulmate. Since Wedding is a lifetime choice and you never get the subsequent choice to pick the life before marriage with your partner and that proof of pictures taken on the day of the pre-wedding shoot will impact you with happiness overloaded when you see those pictures in the future. Even these Pre-Wedding Shoots help to build rapport between the Photographer and Client to understand each other in a better way and helps photographers to capture the images at your weddings in your taste.

Here is our suggested list of Best Locations for a Pre-wedding Photoshoot in Hyderabad:

Taramathi Baradari is a Persian style garden built-in the 1880’s as a memory of Taramathi, A musician & Premathi, A dancer in Qutub shahi’s court. This Monument is Later developed by APTC as a cultural center and an open-air auditorium spread over a 7 Acre land. The Taramathi Baradari is comprised of a music corridor with 12 doorways(Baradari).The gigantic structure looks like in semi-curved shape which would be the best background for stunning pictures. The tomb as the main attraction of Taramathi Baradari for photoshoots gives a breathtaking silhouette during the sunset and the lighting for the tomb post-sunset gives a meticulous backdrop for images. Don’t miss one!

The Ram Chandra Swamy Temple, Ammapalli is situated 5km away from Shamshabad is famous for various film Shootings. As of the present Generation Getting through the western scenes isn’t sufficient, Dressing traditional also become a trend these days. Being traditional is a cultural aspect that was coming through many centuries and this temple is one among them. The porticos present in ancient koneru(Temple pond) situated in front of the temple provides an authentic backdrop for the Photos. On the steps of this porticos, temple background will add a Beautiful backdrop in traditional Dresses.

We know how much you loved the locations in the KGF Movie. Now you need not travel to Kolar for such locations. Head straight to Rajendranagar for the Dark Stone backgrounds. An interesting fact is few scenes of KGF Chapter-II are being shot at this location itself. Though the way was a Sand Road and bit difficult to drive to it, the location was worth going there. Choosing a long saree for such locations in the early mornings will please away you with the pictures for the lifetime.
(This is one of the hidden location & is not easy to access through maps, Better Hire Photographers who done shoots here previously)

The Qutub Shahi Tombs are the 7 Tombs build during the Qutub Shahi period from in 16th & 17th Centuries. They are built in a blend of Persian and Indian styles intricately carved stoneworks on them surrounded by landscaped gardens. Over this large 2 story tombs gives a fascinating background for the subjects during Pre Wedding Shoots.

Ever been Sunday Mornings to Tankbund…? This is one of the enticing locations in Hyderabad for Photoshoots. The long green stretch on the two sides surrounds the Hussain Sagar lake deep filling your aura with the mists in the mornings. Many beautiful backdrops on this stretch like Love Hyderabad Sculpture, Graffities on the walls, Corridors at People’s Plaza, Gardens like Sanjivaiah Park & Lumbini Park with a green bed attracts you for to pose for everlasting Memories.

Sri Kotla Vijayabhaskara Reddy Botanical Garden located in Kondapur spread over an area of 120 Acres developed by the forest departments for Preserving the natural flora and Fauna in Hyderabad consisting of various Medicinal, Ornamental, Fruits & Timber trees. The large area of green bed would add its beautiful presence in your pre-wedding album with its lavish palm trees on the side of peculiarly designed water bodies.

Chowmahalla Palace which means Four Mahals(palaces) is the official residence of nizams when they ruled the state. Being Built-in the 18th century it was a glimpse of the enigmatic way of their living, The Resembles of Grandeur of rulers, the glory of its past are perfectly displayed in the durbar hall. The intricate Persian work on the Mughal domes will show their royalty in carving. Surrounded by well-maintained water Fountains & lush green gardens this place is always a dream for Photographers. This Imperial Palace will Fascinate to elevate the pre-wedding couple in their photoshoot.

When it comes to Hyderabad Of-Course its Charminar. Being a is a globally recognized monument in India, Charminar holds the rich architectural & Cultural icon for Hyderabad. Even though it was built in the 16th century, the 56 meter-high minaret, with a double balcony shows off the nizam’s taste in architecture and planning. Currently, Surrounded by busy local markets in the evening, we suggest making pre-wedding shoots in the early mornings to get away from the heavy crowd. Not only Charminar, but even its premises of it also holds the heritage of nizams like mecca masjid, streets surrounding the Charminar stands as a vivid backdrop for pictures offering many photogenic spots.

Ever thought of having a pre-wedding shoot at Hollywood? Ramoji Film City is one such destination recreated from Hollywood for movies sets by Ramoji Rao in 1996. It is the world’s largest integrated film city as a studio complex. A pre-wedding shoot in such heavy sets at Ramoji film city will never be lesser than shooting a film. All major variety of backdrops like The lush Green gardens, Beautiful waterfronts, classical temples and Many more.. can be witnessed at this studio which makes your pre-wedding shoot at Fairytale.

Golconda, Once a capital of the Qutub Shahi Dynasty witness the outstanding Engineering of Kakatiya’s and later Nizam,s. With its archeological excellence, the fort mesmerize the visitors. The heavy arches at the basement of the fort will definitely set on its own part over the canvas with a royal background for the Images. The Pre Wedding Shoot at this world heritage site sets an aesthetically pleasing ambiance for Images at royal Nagina Gardens at the front side of the fort.

Avoid Visiting NTR Gardens, Indira Park & Lumbini Park and save time. Either authorities wont permit for the shoot in these locations or they are heavily crowded with the visitors. 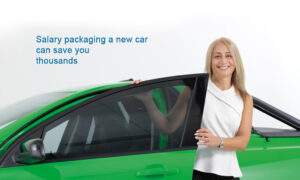